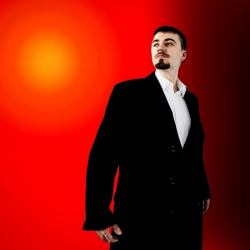 Stefan Stevanovic
Stefan has built a career writing about his passions, pop-culture, gaming, manga and comic books. The latter has been a huge part of his life from a very young age and he often dreads to think where he would be today without influences like Superman, Captain America and more. Stefan also loves MOBA games, Esports and watching anime.

If you browsed some of the bigger online shops in search of Spiderman toys, you might’ve noticed a peculiar-looking iteration of the superhero with a metallic arm and goggle. This version of the character is called Cyborg Spiderman.

Most people don’t even know about this suit as it is a kind of novelty item. It was briefly introduced in 1992 in the Sinister Six storyline. Something similar can be seen in Superior Spiderman issue 33. Aside from toys, you can also find it in Marvel’s Spiderman video game as an unlockable cosmetic.

This is one of those power-ups that writers never meant to keep. The outfit was relevant for that particular issue, providing flavor to the superhero’s powers and appearance. This kind of equipment gives readers something new, but it isn’t always a positive addition.

Cyborg’s outfit became memorable because it slightly changed Spiderman’s appearance. It wasn’t revolutionary, and the character didn’t become more powerful when wearing it. However, I have to say that Peter Parker didn’t even consider using some of its features.

Cyborg Spiderman refers to an outfit that Spiderman used in Spiderman, issue 21. He received the gear from Oscar McDonnell and his supporters. With Cyborg suit, the superhero managed to defeat Sinister Six, a supervillain team that consisted of Doctor Octopus, Sandman, Electro, Kraven the Hunter, Mysterio, and Vulture.

The enhanced iteration of Spiderman is much more durable and with more firepower. Unfortunately, we barely saw any of its features because Spiderman didn’t know how to use it properly. It was shown in just one issue of the comic book, although the writers used something similar in the future.

Cybernetic enhancements provide a few benefits for the superhero. The character wears a utility belt with eight yellow pouches and four grenades. The weapons come in handy when going against several opponents at once.

He has a powerful left arm that increases his lethality in melee combat. Oscar McDonnell also equipped the arm with extra grenades on top of the ones Spiderman carries around his waist. The superhero also has a splinter cell goggle that further improves his extraordinary vision.

While the suit is very powerful, and it allows the character to carry grenades, it isn’t as powerful as some other superhero outfits. I don’t like the addition of grenades as they feel off for this character. Spiderman has never relied on firearms but his abilities. So, all these weapons would be more suitable for someone like Batman, Wonder Woman, Captain America, or Iron Man.

Although many people haven’t heard about Spiderman’s cyborg suit, it remains one of the most recognizable modifications for a Marvel superhero. For me, the thing that separates this suit from others is the fact that it’s asymmetric. In other words, he has a cyborg enhancement for only his left arm and a goggle for only his left eye.

Keep in mind that this isn’t the only boosted costume that the superhero wore. He had several suits over the years, such as the black symbiote outfit. This only makes sense, as comic book writers like to freshen up things from time to time by giving their characters new, temporary powers of enhancements.

This outfit was introduced in Spiderman issue 21, and it was Erik Larsen’s brainchild. The character wore the suit in the first place because he was severely injured during his fight with Sinister Six.

During combat, Mysterio used an illusion spell on one of Spiderman’s allies, Solo. The enchantment changed the character’s perception of reality, thinking that Spiderman was Doctor Octopus. Spiderman was seriously injured when Solo opened fire on his ally. The only reason why Spiderman survived is that another individual, known as Cyborg X, took him to secret Care Labs.

When Peter Parker woke up, he was shocked to see new, metallic attachments on his body. He was full of injuries, and the team of doctors did their best to cover the wounds with cyborg parts. So, the suit wasn’t necessarily used to increase his power. Instead, these elements were just put in place to prevent him from dying.

The medical team didn’t have enough parts to treat such serious wounds. This is the reason why Spiderman’s new suit is so asymmetric, with seemingly random pieces. Oscar McDonnell did his best to treat the web-slinger, and while it didn’t look amazing, all these parts were enough to help him survive. Peter Parker was skeptical regarding the treatment. Nevertheless, he decided to go back to Sinister Six and confront them.

Spiderman and Cyborg X weren’t the only cyborgs in this issue. Briefly, after leaving the facility, Peter Parker was approached by Deathlock, another mechanical individual with very futuristic enhancements. The two of them quickly formed a pact. Deathlock decided to help Spiderman in his fight against Sinister Six, as long as the web-slinger helps him investigate the suspicious Care Labs and Dr. McDonnell.

Upon reaching Sinister Six’s compound, Spiderman didn’t know how to maximize his new high-tech improvements. Peter used some of these parts intuitively. For example, he knew that the metallic arm would add to his enormous strength. Spiderman could also see better with the eyepiece. However, he didn’t use the grenades or other parts given by McDonnell.

Some fans claim that Spiderman never used grenades because he didn’t want to use lethal force. This makes sense according to canon. Then again, this doesn’t fully explain why he didn’t use other accessories given to him during the procedure.

Back Into the Fray

The new allies went back to Care Labs after realizing that Sinister Six had appeared there. Unfortunately for Peter, he was once again injured after getting caught in a devastating explosion. This time around, he had enough strength to go back home alone, without anyone’s help.

Mary Jane did a great job creating a new suit for Spiderman. Upon replacing the outfit, he also removed all cybernetic enhancements that were previously there. The only thing that remained was the metallic cast, which he needed as protection until his arm fully healed.

For the third time in this issue, he went to confront Sinister Six. One of the group’s robots shot him in the left arm with a vaporizing weapon. Luckily, given that he still wore the cybernetic prosthetic, his arm was unharmed.

Cyborg Spiderman outfit perished with its last part. This is somewhat normal for gimmick equipment and tools. It doesn’t make sense to have super enhancements for several episodes as it would make a specific character overpowered. Writers usually find workarounds to put these artifacts out of commission (such as destroying the outfit, which we saw in this issue).

When creating memorable outfits for superheroes, writers often go with cybernetic parts. They are a sure-fire solution as metal makes them look more intimidating, although their own hands are usually much stronger than the metal itself.

Although the cyborg outfit was lost in the fight, it resurfaced later on during Spider-Verse comics (referred to as “Spider-Cyborg”). In the story, Spiderman from another dimension has kept the suit, unlike the original Peter Parker, who destroyed his.

Not only that but it is revealed that the alternate Spiderman made some enhancements to the suit. The character from the other dimension has become a fully cybernetic entity. Among others, he had powerful sonic cannon.

Although this alternate version of Spiderman was ultimately killed in Spider-Verse, it was exciting to see the full potential of a cyborg suit. Again, the outfit was probably reintroduced as a novelty; the writers probably never wanted to keep the concept alive.

My only issue with the cybernetic Spiderman outfit is that we haven’t seen enough of it. We had a glimpse of what it could’ve become, but we don’t know how it would affect the real Peter Parker and whether it would’ve changed the trajectory of his life.

Main parts of the suit

As mentioned, the cyborg outfit presented more of an esthetic change than anything. Spiderman had it for a very short time, so we never saw its full potential. I presume it worked similar to the basic suit, with a few added perks. Of course, we will never know for sure, as we barely saw it in action.

Here are some of its main parts:

As you can see, these parts are gathered from all over the place. It’s not as if Spiderman was given only metallic elements. Instead, the outfit also includes textiles, glass, grenades, other utility items, etc.

Question: What is Cyborg Spiderman suit from?

Answer: This suit was temporarily worn in 1992, in Spiderman issue number 21. After battling Sinister Six, the superhero has suffered massive damage to his body and outfit. After being carried to Care Labs by Cyborg X, the character receives new enhanced parts that were primarily meant to cover his wounds.
The cyborg outfit consisted of numerous unique parts. They looked cool, but it seems they didn’t have any specific combat value. At least, Spiderman was reluctant to use them. This is especially true of the grenades.

Question: How did Spiderman become a cyborg?

Answer: Although Spiderman received a few cyborg parts, he didn’t become a fully-fledged cyborg entity as commonly portrayed in movies and comics. In fact, by the end of the issue, he lost all the parts he received, leaving the character in his basic, traditional outfit.
Spiderman received his cyborg suit after vicious combat against Sinister Six. He was shot by Solo, one of his allies, who was manipulated by Mysterio. Cyborg X took his unconscious body and carried it to Care Labs, where Oscar McDonnell added mechanical and other parts mostly to pat up his wounds.

Question: How did Spiderman use his cyborg suit?

Answer: Spiderman didn’t have much use for a cyborg outfit. Aside from covering his wounds, the suit didn’t help that much. He didn’t even use the grenades or mechanical arm. However, the metallic enhancement did save him from a robot that tried to vaporize Spiderman. Instead of killing the character, one of the Sinister Six’s robots destroyed his new metallic arm.

“Cyborg Spiderman” refers to mechanical and other enhancements that the superhero received in Spiderman comic, issue 21. In these episodes, he didn’t become a cyborg in a traditional sense but only got these temporary parts that covered his wounds.

Unfortunately, the cybernetic parts only lasted for one episode. Mary Jane removed most of them except for the mechanical arm, which was subsequently destroyed. So, by the end of the episode, there was no longer Cyborg Spiderman.