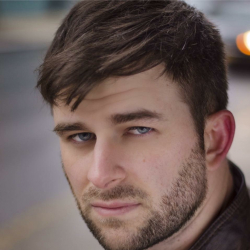 Adam Braunstein
Adam has been in love with comics from a young age, rushing down to the local store to buy the most recent issue detailing the latest escapades of his favorite heroes and villains. This love has carried over into his adult life and as an experienced professional writer, he pours his heart out onto a page, offering up his comic book knowledge for your reading pleasure

Deadpool is one of the most shockingly popular superheroes of all time. That would be one of the most insane statements imaginable ten years ago. Still, since the character made his debut in the Deadpool movie in 2016, his popularity has skyrocketed in all forms of media. Ryan Reynolds brought the character to life in ways that most didn’t think were possible, and the result was the highest-selling R-rated movie of all time until Logan came along a few years later and unseated it.

I’ve always been a massive fan of Deadpool, as he seemed to be one of the more underused characters out there. His complete insanity, tendency to break the fourth wall, and overall excellent look always appealed to me as a kid. Seeing the character get the special treatment he’s been getting in the past five years is a pretty amazing thing to witness.

One thing that Deadpool has going for him is some fantastic villains. One of those villains named Ajax makes his debut in the Deadpool movie. He’s a character with quite a unique ability in that he can feel no pain. Now that comes with its benefits and difficulties, so let’s check out everything there is to know about him in this Ajax Deadpool Guide.

Ajax is the first villain that Deadpool encounters after he escapes from captivity. He is among the weaker villains that Deadpool faces throughout his years as a superhero but bears a hatred for him that he doesn’t usually feel when it comes to killing.

Named Francis Freeman, Ajax began his career as a supervillain as a henchman for Dr. Killebrew, who was in charge of a terrible place called The Workshop, which worked on failed Weapon X soldiers. He was essentially in charge of taking care of superhero rejects subjected to horrific experimentation from Dr. Killebrew.

Unfortunately for Francis, he was not immune to those experiments by any measure. Dr. Killebrew thought it would be a good idea if he was given the power of super reflexes, speed, and strength and also decided to completely singe his nerve endings so that he couldn’t feel pain.

Francis was tasked with killing off Wade Wilson, aka Deadpool, who had been placed in The Workshop because of not being ready for the Weapon X project. He does it, sort of, as he takes out Wade Wilson’s heart, but his healing factor quickly grows a new one, leading to the beginning of Deadpool himself.

Ajax might not have been born into a life as a villain, but he certainly chose it. Ajax is a cold and calculated villain, but he’s not without a code. He believes in things like respect and honor, and that’s part of what binds him to Deadpool. He believes he needs to kill him because he failed to do so at The Workshop at the beginning of Deadpool’s inception.

He is also completely sadistic and shows little remorse for his actions. He takes pleasure in torturing people and seems to have very little emotion. In the movie, he tells Wade that he can’t feel anything anymore, implying his emotion and care are gone too.

In many ways, Ajax is the exterminator for would-be superheroes. The Weapon X program was created to produce superheroes to be used and controlled militarily, and he was given the rejects of this experiment. With Dr. Killebrew’s experiments, many of these people were mutated beyond repair, and Ajax would be responsible for disposing of them in the only way he knew how.

When it comes to dealing with superheroes, Ajax is pretty much Deadpool’s personal villain and nobody else’s. He’s got a vendetta to kill Deadpool, much like Deadpool has it out for him, and there is no love lost in this relationship.

He seems to look down upon those who can’t handle The Weapon X program, even though he himself never was subjected to the pain and destruction it can cause on someone’s body. Once he was given powers himself, he used them for nothing but the abuse of Dr. Killebrew’s patients, making it clear how little regard he had for these people’s lives.

Ajax in the Deadpool Movie

In the movie, Ajax is played by Ed Skrein and has a pretty similar arc compared to his one in the comics.

We are introduced to him after Wade Wilson, Deadpool, admits himself to the Weapon X program following his cancer diagnosis. Interestingly, in the movie, Ajax is the one who runs the Weapon X compound. Dr. Killebrew is nowhere to be found, and they cut out one of the more important characters in the Deadpool universe.

Ajax then tortures Deadpool for several days, going so far as to deprive him of oxygen to coax his mutant gene out of him, which is what starts the massive rivalry between the two. A massive fight breaks out between the two at the end of the first act of the film, culminating with Ajax impaling Deadpool on a metal pole and leaving him to die as the compound crumbles around him.

He assumes Deadpool is dead, but Deadpool goes on a rampage killing everyone that might have a connection to Ajax. Eventually, Ajax takes notice and kidnaps Deadpool’s girlfriend, setting up an inevitable showdown.

In the climax of the movie, Ajax fights Deadpool atop some massive carrier ship of some sort, and in the end, Deadpool kills Ajax after shooting him in the head at point-blank range.

Ajax didn’t start as a superhuman, just a henchman with evil intentions. Dr. Killebrew thought he would better deal with rejected superheroes if he had super strength, so he gave him a procedure that essentially turned him into a superhero with strength far beyond that of a normal man.

Not only did Dr. Killebrew make him stronger, but he also made him smarter as well. His intuitive ability is improved immensely, which works against Dr. Killebrew when Ajax pretty much figures out that Dr. Killebrew has been helping Deadpool out while he’s hunting for him.

Part of what makes Ajax such a tough opponent for Deadpool is how fast he is. Normally, Deadpool outclasses just about anyone he faces off against in not only strength but speed and reflexes as well. Ajax is right there on his level, and Deadpool only ends up winning the fight by tricking Ajax.

Having dealt with taking out rejected superheroes, Ajax had to learn to fight and fight well. Even before Dr. Killebrew gave him enhanced abilities, he was an expert hand-to-hand combatant and showed off those abilities during his fights with Deadpool on several occasions.

Ajax in the Comics vs. the Movie

In the comics, Ajax is given a different arc than in the movie. In my opinion, removing the character of Dr. Killebrew from the movie makes Ajax as one-dimensional as it gets. Instead of setting out to not only kill Deadpool but also destroy his former boss, who caused him to become a superhuman, he’s just a one-track villain who kidnaps Deadpool’s girlfriend.

In the comics, Ajax is a henchman in The Workshop, which deals with rejects from the Weapon X project, but in the movie, he basically runs a separate Weapon X facility where he is the head of the place. He also tells Wade that they create super slaves that get sold off to the highest bidder rather than just people that Dr. Killebrew experiments on.

His powers seem to remain pretty consistent in both the movies and comics, although his undoing in the comics is having his neck snapped by Deadpool, while in the film, it was via a gunshot to the head. Both of these work pretty much as Ajax simply can’t feel pain, but he certainly can receive it, and Deadpool exploits it in both of these cases.

Another big difference in the movie is that Ajax states he was a patient in the Weapon X program as well. This is a big change from the comics as there. He was just given a procedure to help him while working for Dr. Killebrew. In the movie, he apparently was there in a similar situation to Wade. He also mentions that he doesn’t feel anything anymore, including emotionally, which explains a lot of his actions throughout the movie.

Question: Is Ajax still alive in the Deadpool movies?

Answer: I guess anything is possible in the superhero movie world, but Ajax seems to get a pretty final end when Deadpool shoots him in the head. The third movie is in the works, so I guess we’ll see.

Question: Is Ajax a mutant?

Answer: He is mutated by the time Deadpool meets him in the movie, but he was not born that way; he only received his powers after undergoing a procedure.

Answer: After discovering that Francis is his real name, Deadpool taunts him and uses it to make fun of him for coming up with a cooler name. He eventually uses the name to try and track down Ajax throughout the movie.

While Ajax isn’t anyone’s favorite villain, he’s pretty important to the development of Deadpool as a character and had a solid showing in one of the best-selling movies of all time. His arc in the comic is much more satisfying, from my point of view, but you sometimes have to make sacrifices when it comes to comic movies.