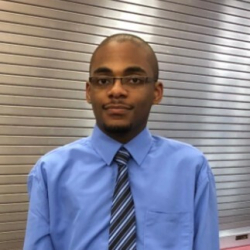 Jaden Hasse
Jaden is our man on the ground for all things Anime, which means if graphic novels are your thing, then his articles will be invaluable to you here at CFC.

Aside from Graphic Novels, he's a pretty big Marvel and DC fan, and also loves more modern IPs like Invincible, The Boys and many others.

Would you believe me if I said Iron Man wasn’t always so iconic? Before Robert Downey Jr. killed it on the silver screen in 2008, Iron Man was a B-list comic superhero. I only knew the guy because my aunt bought me an Iron Man comic anthology. I can’t even remember the name of it now, but that’s not super important. I remember loving the book and entering a slight Iron Man obsession from that point. I got toys and video games, and I’ve come out of it knowing the best Iron Man toys and why.

There are a lot of really cool Iron Man toys to buy. No thanks to Iron Man and the MCU’s startling popularity. But the toy that stands above the pack is definitely FIGLot’s Toys Iron Man Mark 3 Mark III 7″ Action Figure. There’s something really unique about its sheer quality. It’s super detailed and sizeable at 7-inches. For the price, it’s super good. It comes with a stand, so if you’re a collector, throw on one of your favorite comic book poses and show it off in all its majesty.

When looking at the best Iron Man toys, I’ll be using three things as the key deciding factors as to why they’re good.

He first showed up in 1963 in Tales of Suspense #39 and got his own title in May of 1968. He was Tony Stark, a genius, billionaire, playboy, and philanthropist. He enjoyed some pretty decent popularity for a comic book character who was so young. Yet, he never quite managed to match Spider-man’s popularity. Let alone any of DC’s big boys like Batman or Superman.

Then, in 2008, Robert Downey Jr. stepped into the role of Iron Man. The character exploded. He went from a few people’s comic favorites to one of the most recognizable in America. And with the popularity came the never-ending flood of toys to tie into the Marvel Universe with Movies like The Avengers Infinity War and Captain America: Civil War.

Let’s start with ol’ reliable. The classic costume Iron Man mask. It’s something that has been remade repeatedly, so you’re not at any hardship when trying to find one, but this one is perfect.

Everyone loves action figures, but this one is special. It’s stylized after the Mark III from the movies, which may disappoint some hardcore comic fans. Still, the sheer quality of this piece is evident in its appearance and sheer customizability.

Funko Pops! are known by just about everyone. You can find figures for just about anything you want for any series. No matter how old, and no matter how popular, it’s the popular ones that get something special. And this figure is one of them. Taken from the specific moment at the end of Avengers: End Game, it can glow in the dark for a bit more fun.

This one isn’t meant for collectors. It’s a pretty decent kid’s gift that can take a lot of abuse. The general gimmick of the toy is that it’s filled with a jelly-like goo, meaning you can squeeze, squash, and stretch it Makes for a decent stress toy, too.

A bit of a stupid toy, but a great one, nonetheless. Those giant foam Hulk hands are iconic for many reasons, so why not have more fun buying the same thing for Iron Man?

More movie merchandise, but this one is cool. It’s essentially two collector’s items in one. You get the Iron Man gauntlet alongside the Infinity Stones from the movie. They interact and light up, making for something pretty cool.

Let’s finish up with another Funko Pop! This one is based on the suit-up scene from Iron Man 2. While the movie may be less than stellar, this Funko Pop! captures one of the movie’s cooler moments. It captures the moment pretty well, and it can glow in the dark with the white parts on the chest and mask lighting up blue in the dark. It’s pretty cool.

Answer: I’m definitely going to again go with FIGLot’s Toys Iron Man Mark 3 Mark III 7″ Action Figure. It’s just so versatile that no other product really compares. You can play with it and pose it. The fact it comes with customizable pieces is even better.

Answer: Definitely the action figures. There are a lot of them that are a part of a lot of different series. Some more cartoony, some more realistic. You can come across quite a lot of figure toys if you simply google them.

Question: Where’s the best place to buy the toys?

Answer: I’m going to have to go with Amazon for this one. They have a vast selection and are dependable.

There are more Iron Man toys than you can shake a stick at. As such, their quality varies significantly along with their purpose. The best example is comparing the Perkitok Iron Man fidget toy to the Avenger’s Marvel Legends Series Gauntlet. One item is cheap quality but made to be used, while the other costs money and is meant to be displayed. The toy would be suitable for a young child, while the gauntlet would be good for a gift to a marvel enthusiast. Figlot’s Iron Man Mark III Action Figure is a good choice, but the best Iron Man toy depends on who you buy it for.